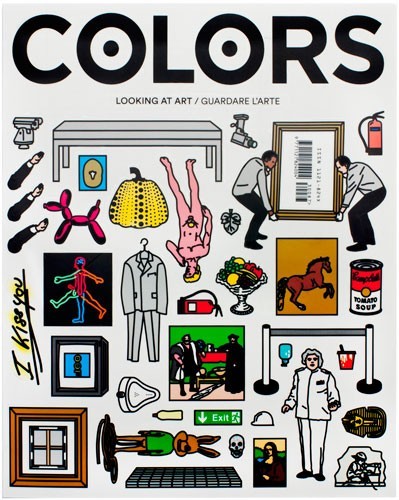 What distinguishes a conceptual masterpiece from a bit of urban debris? A renowned painter from a commercial designer? Is copying allowed in art, and if so, says who? From a 12 million dollar shark carcass to England's most prolific forger family, from North Korea’s #1 atelier to the fig leaf that hides David’s package, COLORS 87 - Looking at Art explores how we teach, buy, sell, and steal art today. (Plus: Switzerland's ultra-secret art vaults and the crime behind the Mona Lisa.)