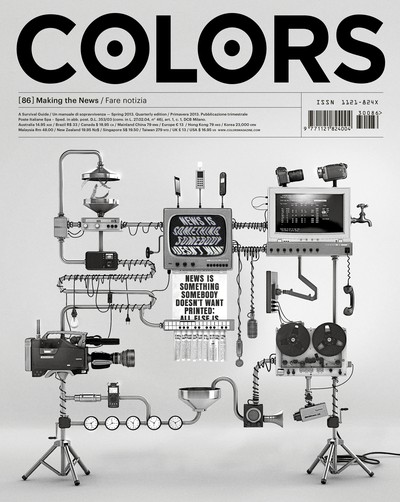 COLORS 86 takes a look behind the scenes of modern journalism, revealing tools and mechanisms used by old and new newsmakers: from paparazzi stakeouts to censorship, media hoaxes to photo-retouching tricks, not to mention cameras installed on drones, declarations of war via Twitter and Al Qaeda's activities on Facebook.