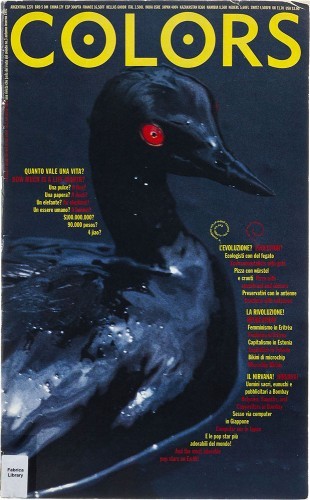 The birth of a baby girl represented the launching of the new magazine on the editorial panorama. The image, taken by Oliviero Toscani and already used for a Benetton advertising campaign, defined the novelty of the experiment: a magazine that, as it describes itself in the first editorial, is founded on a simple idea – diversity is good – “borrowed” from the Benetton advertising campaigns.