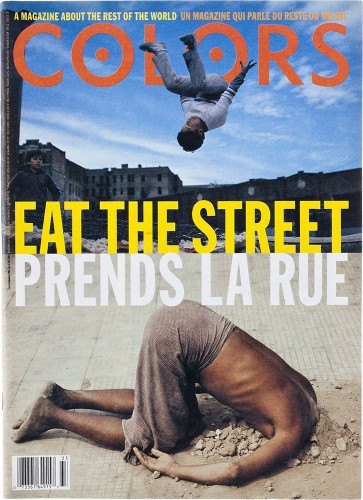 The fifth issue is an ode to the street, in all its incarnations. The street as a restaurant, a battlefield, a living room open to all, a market, or a zoo: from the rats, roaches, cows and camels that populate the streets of Bucharest, New York, New Delhi, Cairo and Paris to the divine chaos of a Naples captured in Oliviero Toscani's photos of the local tribes. Monuments to the icons of the day: the Statue of Liberty becomes the Statue of Madonna, while an enormous, transparent condom camps out in St. Peter's Square where the obelisk is supposed to be.