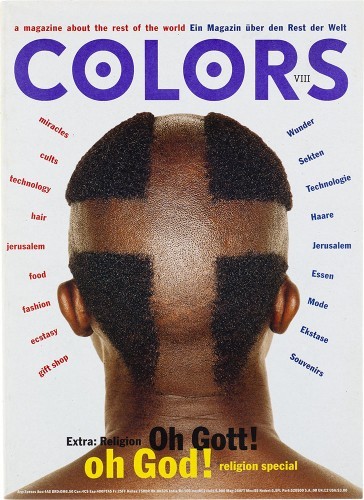 An issue about religion, with contents ranging from miracles to ecstasy; from religious sects to underwear for priests and nuns; from Catholic, Muslim and Buddhist mementos to foods forbidden during Ramadan and Good Friday. Followers of Hare Krishna, Christians, Zionists, Shamans, Shintoists, Hindus, Jainist monks, spectacular American preachers, people 'possessed' during Voodoo ceremonies, mystics and ascetics — Colors talks about these and a multitude of different religious worlds.