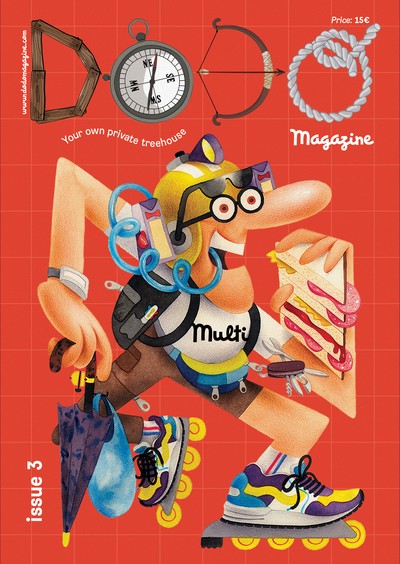 Dodo is a time machine, a theme park, a trip to the moon, a horror story, a prehistoric site, an unsolved mystery, even a Zeppelin voyage. It’s a magazine that will make you feel as if you were reading it under your sheets with a flashlight. With every passing page, you’ll leave behind everything around you as you enter your own world, a place where nothing bad can happen, where everything has yet to be discovered; a place where you had already been before but had forgotten. 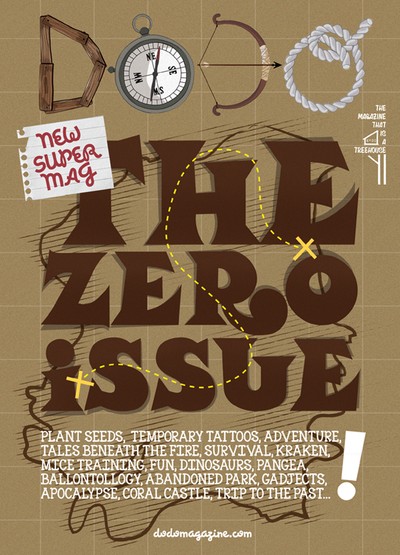 The only printed copy of the zero issue of Dodo was buried in a chest; in order to find it, you had to follow the directions of a map and once you found the exact location, you had to dig. Inside the chest there was a “Sold Out” sign to be placed on the spot to warn the next explorers that they had missed their chance of getting their hands on the treasure, which consisted of a poster, stickers, walking plant seeds, and the magazine of 100 pages. A week later the digital version was posted online for free on our website. The entire project can be seen in: www.dodomagazine.com