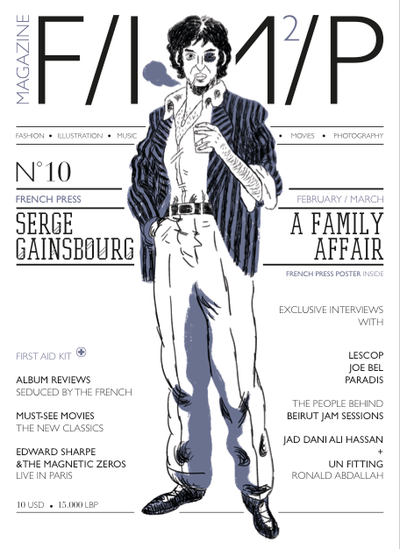 F/I/M²/P is a Lebanese bimonthly print and digital publication that offers a space for Fashion Designers, Illustrators, Music and Movies enthusiasts and Photographers to showcase their work, express their opinion, and collaborate together in creating a visual magazine. 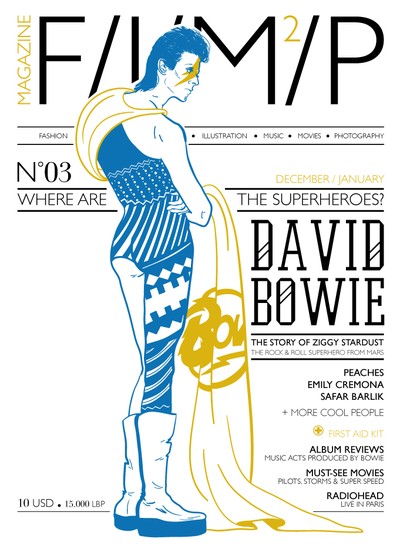 “"Where Are The Superheroes?"”

This isn't the first time that we are casually led to believe that we are witnessing the end of our beloved lives. December of 2012 will soon fall in line with many failed doomsday prophesies such as Y2K and Pat Robertson's preach of Jesus' second coming back in the 80's, but the questions lie in what follows: What if it doesn't? What if we were to indeed perish collectively in a matter of weeks? Who would save us? Where are the superheroes?

We've set out to put this issue together in hopes of reminding ourselves of what superheroes meant to us and how safe they made us feel, even if they weren't real. Whether the earth were to truly go up in smokes or not, we can all agree that we are living in an increasingly corrupt world and that a desperate and urgent call to superheroes is our last hope. We've grown up with Marvel and DC Comics as well as a whole bunch of other publishers and animation studios that brought us some of our favorite crime fighters and mystery solvers; Those however, are not the only superheroes we believe in.

You see, superheroes don't always need to have a ridiculously unrealistic super strength in order for us to love and idolize them. They don't need to fly nor shoot burning ray beams out of their eyes. Yes, of course, it would make them much cooler, but what use are they to us mortals living outside of the rectangular limits of comic frames?

This issue's reminiscent of the superheroes that populated our childhood dreams as well as those we had wished existed. It puts forth the superheroes of today, those who speak their mind, are unapologetic and fight hard, with whatever tools they possess, for what they think is right.

It has become a habit that we, in this, our editors' letter, discuss all the things we would have loved to mention but for some reason (mostly time and trying to keep this issue from crossing over to the overpriced novelty books section) didn't. So there we go, purely to get it out of our systems: Power Rangers, the Cartoon Network gang of witty crime fighters, Grendizer, Danger Girl, Robocop, Transformers, Space Ghost and a whole bunch of other super people.

Immerse yourself in visuals that might bring back some of your old memories and dreams of flying and breathing underwater, get a quick look at Ziggy, the ultimate Rock & Roll superhero from Mars if you haven't already, check out some of the new talents in the world of Music and Movies and especially snuggle up with our lovely short comic, courtesy of Fouad Mezher, about our own Lebanese superhero.

To Infinity... And Beyond! (Did we forget to mention Buzz Lightyear?)