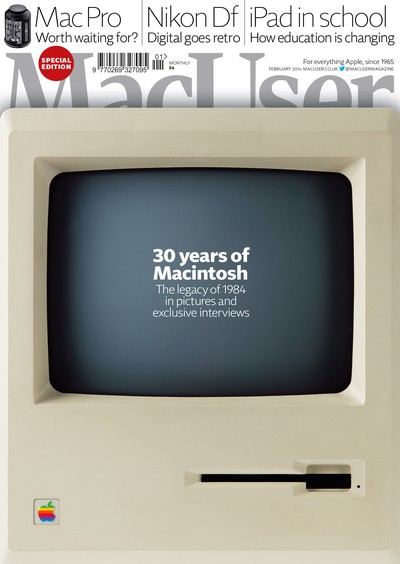 Owned by Dennis Publishing, it dominated the UK Apple market through the 1990s, collaborating with some of the most exciting talent in the resurgent British creative scene, and was particularly known for its outspoken coverage of Apple and the industry and its striking covers.

Long after the era of 250-page editions and seven-figure ad revenues had departed, MacUser continued to serve a loyal audience with its distinctive editorial and graphical style. Still proudly print-based to the end, it was also made available in digital editions through Zinio.com and via PixelMags on Apple Newsstand.

In 2013, MacUser’s cover ‘How evil is Apple?’ was selected as one of the PPA’s ten Covers of the Century 1913-2013. Although the selection process was controversial, the inclusion of MacUser was seen as a nod to its long history of mould-breaking cover design and the affection in which the magazine had been held by the graphic design community.

(Note that the now-defunct US magazine of the same name was published by an unrelated company under licence.)