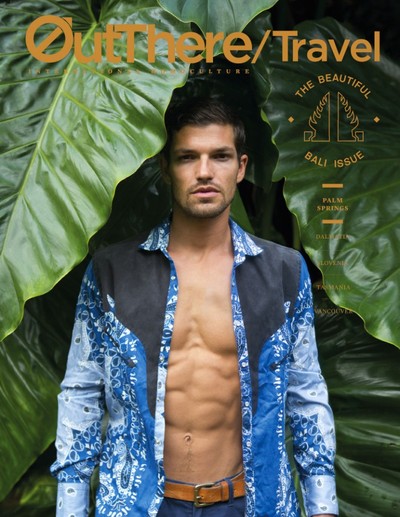 OutThere produces truly-global, stylish, publications for discerning gay men and their friends. Our aim is to celebrate the many fascinating expressions of global queer culture that extends beyond the mainstream, compendiums of arts, activism, fashion and travel - interspersed with strong personal stories, great photography, queer voices and in-depth features. We're proud to produce OutThere/Annual, OutThere/Style and OutThere/Travel; our family of titles that recently won the PPA's Independent Publishers Award for LAUNCH OF THE YEAR 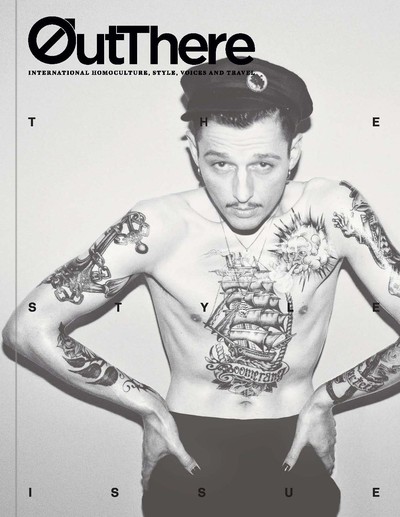 As Gore Vidal once said, “Style is knowing who you are, what you want to say, and not giving a damn.” These qualities are personified in our enigmatic cover star, the German designer Bent ‘Herr von Eden’ Jensen.

And OUT THERE is the only way to describe the latest collections from both the heir apparent of America’s burgeoning menswear scene, Thom Browne, and the darling of New York’s avant garde, Asher Levine, with his futuristic, alien-inspired appendages. We are proud to present all three men’s work in exclusive OUT THERE shoots.

Over the past few years, traditional tailoring has undergone a real renaissance and is now firmly re-established in the wardrobes of sartorially savvy men the world over. We celebrate venerable Savile Row tailors Huntsman and Ede & Ravenscroft in our tribute to Evelyn Waugh, shot in and around the beautiful Royal Crescent Hotel, Bath, UK.

But style is not only manifested visually; the way we smell is becoming the character-defining, if invisible, accessory. We talk to two of the world’s leading maverick noses, Alessandro Gaultieri and Christopher Brosius, about the cutting edge of men’s fragrance.

Always on the search for exciting exponents of Homoculture, we profile queer image-makers, specialising in male figures, spanning the generations from Barbara Sandler who has been painting men for four decades; via Colombian artist Miguel Ángel Rojas, whose work documenting 1970s Bogotá still resonates today; through to the youthful and talented Jeff Hahn, who has been rocking the pages of style bibles from ID to Italian Vogue.

Queer voices are central to OUT THERE. We feature a moving personal account of what it’s like to be gay in the Middle East today – It’s her Wedding Day and bring voices from the past back to life with two Tennessee Williams aficionados, director Robert Chevara and actor Tom Ross-Williams.

Our travel section takes a serious look at the gay travel business, examining the future of gay cruises. We also advise on how to best spend your time and real in up-and-coming São Paulo and where to go to in the world to get a truly unique wardrobe. Plus we go partying in New York with the boys from Gayletter and have a shopping adventure in South West Tokyo.