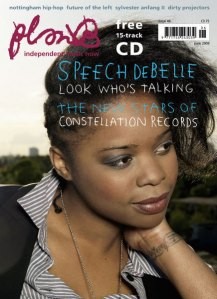 Plan B was a monthly music magazine based in London, England. It catered mainly towards independent music but did not discriminate between the relative popularity of the bands it features. Plan B also documented alternative culture such as film, comics, video games, visual art and books. The Editor-In-Chief and principal architect of the magazine was Everett True, a.k.a. Jerry Thackray, although editor (and later publisher) Frances Morgan was also a major influence.