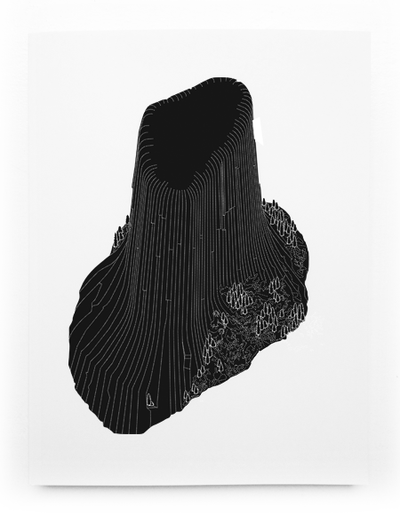 SAN ROCCO is a magazine about architecture.

SAN ROCCO is a magazine about architecture.

SAN ROCCO does not solve problems. It is not a useful magazine.

SAN ROCCO is neither serious nor friendly.

SAN ROCCO is written by architects. As such, SAN ROCCO is not particularly intelligent, or philologically accurate. In SAN ROCCO, pictures are more important than texts.

SAN ROCCO is serious. It takes the risk of appearing naive.

SAN ROCCO will not last for ever. There will be no more than 20 SAN ROCCOs for the single five-year plan.

San Rocco is the name of a place in Monza, not a nice place. Giorgio Grassi and Aldo Rossi engaged in a design competition for this place in 1971. The project was not built; ordinary housing blocks were built instead.

A few negligible drawings of the San Rocco project have survived in old monographs, along with a black-and-white photograph of the competition model. It is a picture taken from above of the white plaster model. Close to the buildings there is a large label in relief lettering that casts dramatic shadows and reads “MONZA – SAN ROCCO scala 1:500″

San Rocco was the product of the collaboration of two young architects. San Rocco did not contribute to the later fame of its two designers. It is neither “standard Grassi” nor “standard Rossi”. Somehow it remains between the two, strangely hybrid, open and uncertain, multiple and enigmatic.

San Rocco proposes the possibility of reusing architectural traditions that lie outside of private memory (contrary to Rossi’s usual approach) without erasing personal contributions (contrary to Grassi’s usual approach). In San Rocco, common does not mean dry, and personal does not mean egomaniacal. San Rocco seems to suggest the possibility of an architecture that is both open and personal, both monumental and fragile, both rational and questioning.