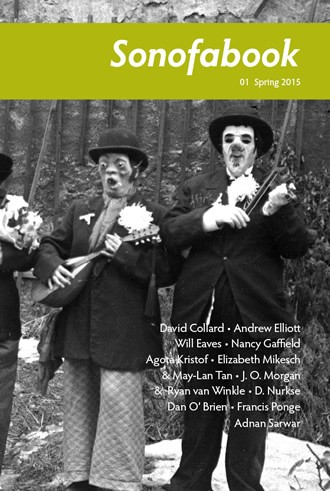 From the Preamble to issue 1:

From the Preamble to issue 1: "CB editions started in 2007. Last year I scratched a seven-year itch and the result (after washing my hands) is Sonofabook. Each issue of this twice-yearly magazine will print generous selections of work by a small number of contributors, and will be edited by an invited writer, editor, critic, bookseller... The balance of fiction, non-fiction, poetry and work in translation will vary; one or other of these categories may take a holiday; but common to all editions will be an interest in the kind of writing that tends to find its home on the lists of the smaller publishers rather than the more risk-averse mainstream ones. Issue 2 will be edited by Nicholas Lezard, writer and Guardian reviewer; issue 3 will be edited by Sophie Lewis, translator and editor-at-large with And Other Stories.