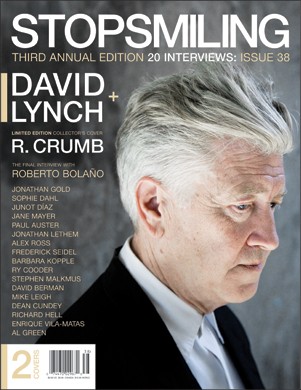 Stop Smiling was an arts and culture magazine founded in Chicago in the mid-1990s. Each issue followed a theme and consisted of feature-length interviews, essays and oral histories. With a focus on preservation, Stop Smiling published some of the last in-depth conversations with Kurt Vonnegut, Robert Altman, Lee Hazlewood and George Plimpton. The company ended the magazine in 2009 and became an independently-owned imprint of Melville House Publishing. (Wikipedia)