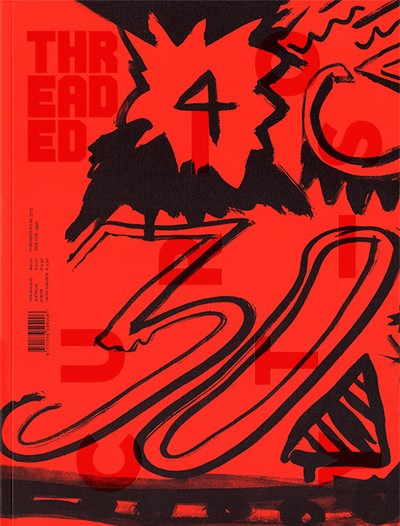 Our magazine is a collaborative design publication whose objective is to bridge the gap between established and emerging practice. Threaded magazine is an exhibition space, an interview dialogue, a discussion and display, and a ‘show and tell’ podium of creative and design practitioners. 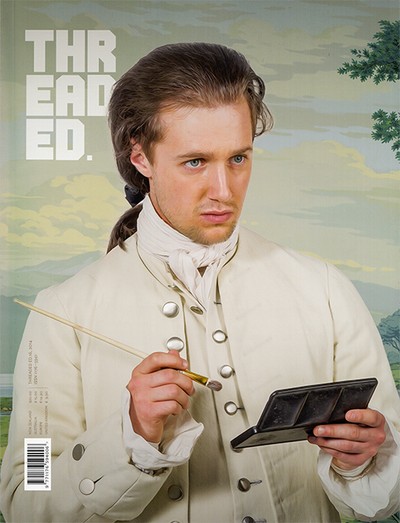 All online orders recieve a limited edition present from us.... *while stocks last.

Well, Grand designs, magnificent obsessions, masterworks, whatever you want to call them, they all have a life of their own. And all of these experiments require a sacrifice that at least veers on the unreasonable. That’s as true in 2014, as it was in 1817 when 17 year old Mary Shelley wrote Frankenstein. Because it’s not just about creating a monster is it? Oh no. There’s a far greater sacrifice required than that.

For once the monster comes to life, you have to nurture and feed and fuss over it, you watch its first steps with pride, shed tears when it first goes out into the world: it’s all part of the process – one that seems to have no end… But it is just this dogged singleness of purpose which unites all visionaries and contrarians, such as the go-getters and eccentrics who we profile in this issue.

You need a good reason to embark on schemes and dreams that require so much inspiration and perspiration. All of the practitioners we are profiling paddle their own waka so to speak and we have been absolutely star struck by their degree of authenticity and creative decisiveness.