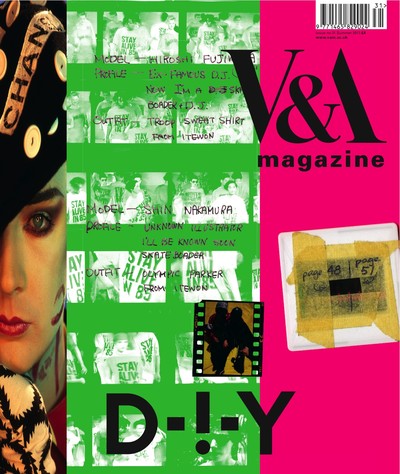 Iain R Webb takes us by the hand and leads us through 1980s London, from riotous mobs to riotous fashion

Charlotte Gere looks at how pearls come into being, how they have been depicted and how they attained their power

Emily King considers the relationship between literature and visual material, and the state of the book in the twenty-ﬁrst century

The cover has been created by Terry Jones, founder and creative director of i-D, for V&A Magazine