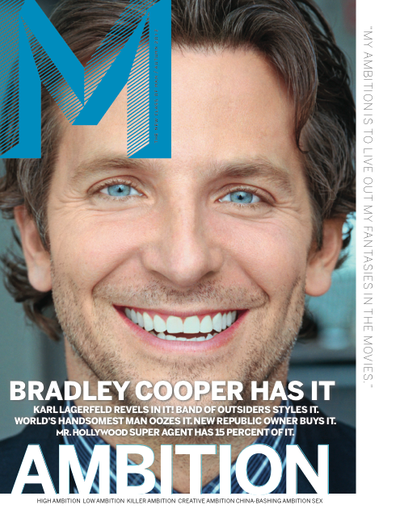 M-Magazine (The New Class of Man)

Revamped M magazine, from Fairchild Fashion Media. Editorial Director: former New York Observer editor Peter Kaplan, who jumped over to Fairchild Fashion Media to run Women’s Wear Daily, and now is rolling out a men’s magazine with a novel conceit—it doesn’t want to treat its readers like idiots: “I thought there might be a place for a men’s magazine that had a different kind of voice—a much wittier, more sophisticated, grown-up voice, and that was much more a lateral conversation than trying to whack you over the head with Mila Kunis,” he explains.