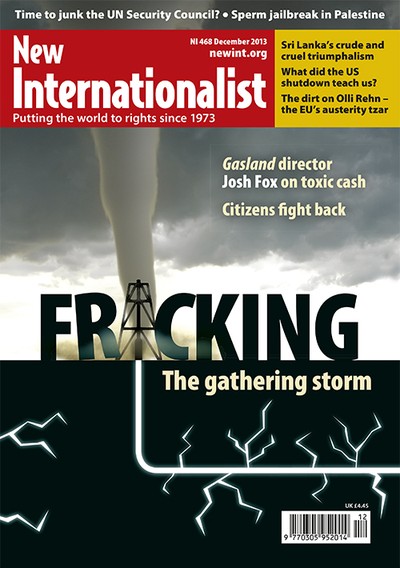 Fracking for oil and gas has become smoking hot. With new technologies developed in the late 1990s opening the gates, there has been a rush of speculators and fossil fuel corporations leading politicians by the nose in a new race to burn yet more carbon.

Politicians may dream of energy security and the promise of employment generation. Yet for communities affected by fracking the picture is very different - the industrialization of their environment; pollution of water, land and air; the pitting of neighbour against neighbour. It's no wonder that as the fracking boom goes global, there is rising resistance and protest at every proposed site.