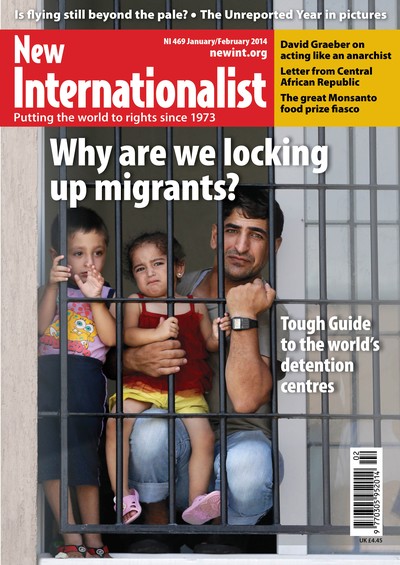 Across the globe, migrants - men and women, the young and the old - are routinely deprived of their liberty. The Eastern European states prefer isolated former barracks in the woods. The British go for closed prisons. Australians like to warehouse migrants in camps on their neighbours' land mass.

The problem is getting worse. States are holding people on the move for longer, and in greater numbers, than ever before. Between them, Europe and the US imprisoned close to one million migrants in 2011.

The Jan/Feb issue of New Internationalist will look at the consequences for migrants and society as a whole.