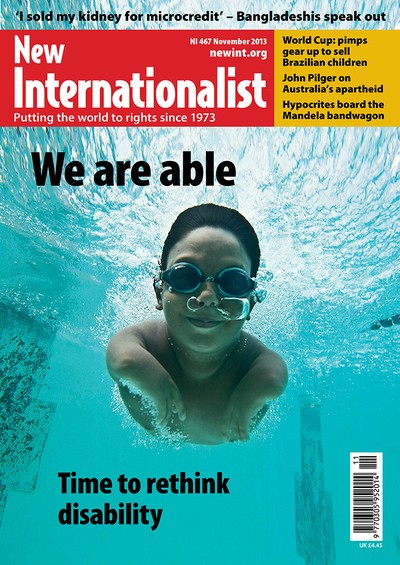 The language of disability is a political nightmare. Is it something you 'have', 'suffer from' or 'were born with'? Are you 'different', 'special' or exactly the same as everyone else? The guest editor of November's New Internationalist, Jody MacIntyre, dispenses with linguistic dilemmas to explore difference and defiance, in a personal confrontational attack on the notion of 'dis-ability'. Elsewhere in the magazine, Maysoon Zayid gives an appraisal of attitudes to disability in Palestine, the comedienne Francesca Martinez talks about growing up wobbly and newly trained citizen reporter - and double amputee - from Sierra Leone Patrick Lahai tells his story.