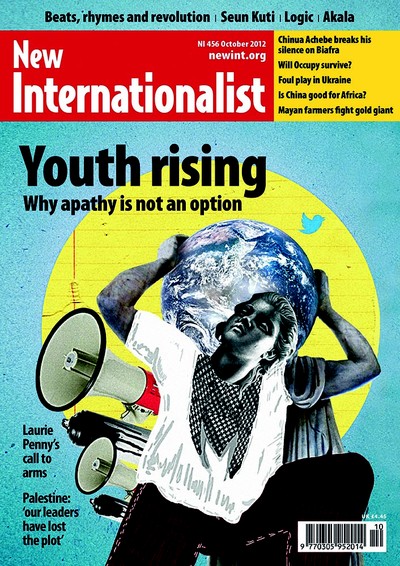 With the ‘one per cent’ busy squeezing all they can out of the planet, young people are setting about making sure there’s still a kingdom left to inherit. Over the past two years, they have led a wave of dissent, whether in 140-character tweets or through chants of masses on the street. Young people from Egypt to Canada are working to articulate a blueprint for a new future.

In October’s edition of the New Internationalist we hand over our Big Story section exclusively to writers aged up to 25. Guest-edited by activist Jody McIntyre, the issue explores how young people are engaging with politics around the world. It looks at the tub-thumping victories of the Chilean student movement, airs the frustrations of Linah Alsaafin in the West Bank and has Laurie Penny explain why selling out is no longer an option.