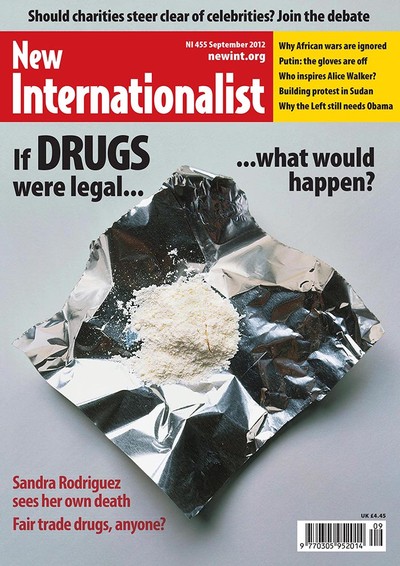 As drug-related violence soars and use steadily increases, even political leaders, ex-drug tsars and former champions of the ‘war on drugs’ are admitting that it’s been an abject – and costly – failure. So what’s the alternative to prohibition? To follow Portugal’s lead and decriminalize the use of drugs, including heroin and cocaine? Or to go the whole hog and legalize the lot?

September's issue of New Internationalist tackles this thorny issue. We report from the drug war frontline in Mexico, with the intrepid, award-winning journalist Sandra Rodríguez. With the help of a medical doctor we take a look at what legalization would look like. And we push the boat out and ask if there’s any mileage in the notion of ‘fair trade’ drugs.