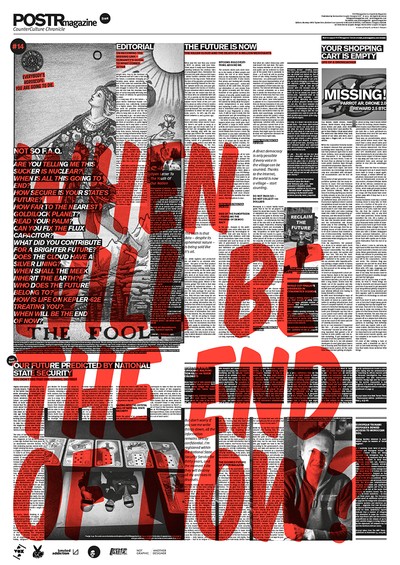 ON BECOMING THE MISSING LINK – HUMANITY'S GUIDE TO WHAT COMES AFTER

Alright kids, hop in the backseat of the Delorean and let’s take a ride into the future: a somehow strangely predictable place where everything is sort of the same but somehow different. Find out how your grandchildren will struggle in almost the same way you did and how the shadowy tradition of social inequality will hang over the heads of billions for generations to come! It's a long way off to the future – a place where individual human consciousness has collectively evolved to a higher plane, thus eliminating the need for primitive institutions like government, police and the tax office to keep tabs on all of us. There is a long way to go – we need only to look at ourselves to see firsthand the souvenirs of our primitive past. Yes, we think of ourselves as quite highly developed, but it only takes a look in some of the less public places to see mankind for what it is: a horny herd of hairy furry beasts, furiously engaged in mass mating behavior while hoarding more natural resources than we can ever hope to need. We are the first prototype to run this upgrade called ‘abstract consciousness’ – we are not the tweaked model, but the first try-out. Nature’s equivalent of man’s first steam engine. Dangerous, volatile and full of destructive energy. Raw and unrefined – after all, our entire operating system still runs on two primal forces – the fear of death and the urge to live, the 0 and 1 of our binary nature. Yes, it will take a while before we all reach that level of humane development that is a prerequisite to the next step in our evolution. It is a long way up, and you can be sure that we are going to stumble and fall a lot of times before we reach that high peak above the clouds – the one that will give all of us our first glimpse of our next horizon, our next mountain to climb. The universe is undeniably a piece of art that evolves over time – and with us, it has managed to create a new part of itself that has the potential of interpreting the big picture it is itself a part of – maybe even understanding it. Fear not, my fellow countrymen – the future is nigh.