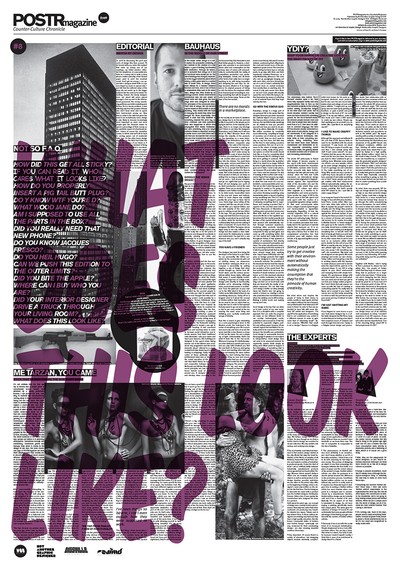 We’re back with a new issue of the most critical and least considerate magazine you’ll ever get for free. This time we decided it was time to talk about design and who's behind all those objects that surround us every day. Why, we hear you ask. Indeed, the dandy designer does not stand tall when placed amongst a line-up next to the international gunrunner, the money laundering politician and child-molesting arch bishop. He is a luxury problem, a man pilfering only from the pockets of those who don’t know what else to spend their hard-earned money on. On the other hand, design might also be the field that holds the key to the creation of our future as it constantly raises our standard of living with every new idea that is conceived. In fact, when asked about who might be the ones to save us from premature extinction our thoughts go to designers like Jacques Fresco, visionaries who consider the design of something better as scientifically inevitable, a part of evolution, the next step towards living in the future. In that sense, design is the embodiment of our evolution as an intelligent species. That's why these counter-culture Monkeys dived in, head first and talked to a few of these culprits to see what they had to say in their defense.