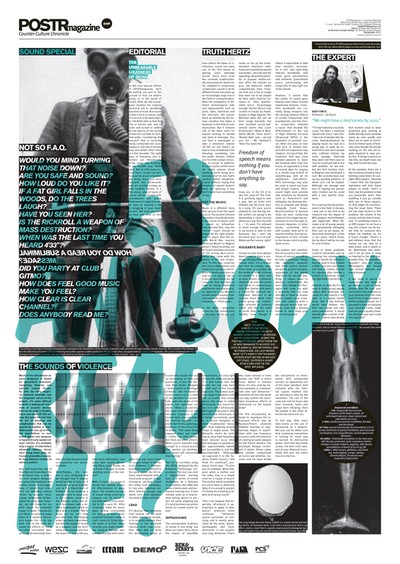 We made a special, half sized (A2), POSTRmagazine for a store that popped up for six weeks in Knokke in the summer of 2009. The guys from Cnocspot decided to do a collabo with the people from WeSC. Their headphones could be bought in a special, very limited edition packaging.

We were asked to do a magazine for this event so we decided to make it a Sound edition, POSTRmagazine style.